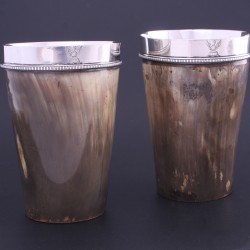 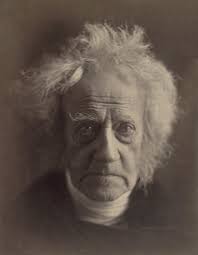 This pair of beakers belonged to the famed mathematician and astronomer Sir John Herschel. Son of the celebrated astronomer and discoverer of Uranus, William Herschel, Sir John was one of the most gifted men of his (or any) age with an extraordinary and wide-ranging intellect and academic curiosity. Beyond his exceptional skill at mathematics – he was Senior Wrangler as Cambridge in 1813 – Herschel showed remarkable aptitude for physics, chemistry, mechanics, electricity and, like his father, astronomy. A founder of the Royal Astronomical Society and fellow of the Royal Society, British Association and the Geological Society, Herschel published widely on natural philosophy and astronomy. Today, he is perhaps best known as a pioneer of photography, developing the most successful chemical “fixer” for silver based photographic images. 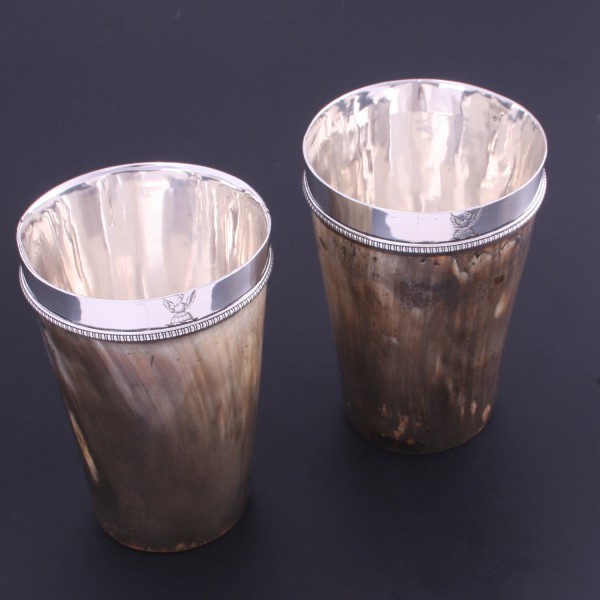 In 1833 Herschel with his wife Margaret, and the first three of their twelve children, took his telescope to Britain’s Royal Observatory at the  Cape of South Africa. Over the next four years, exploiting the gloriously clear southern skies of Africa, Herschel observed and catalogued over 1700 nebulae, some 1300 of which had never previously been recorded, as well as discovering 0ver 2100 new double stars systems.  In addition to his nocturnal achievements, Herschel, a keen botanist, made further important contributions to the knowledge of the local flora and fauna. His letters to geologist Charles Lyell on the evolution of organic forms are cited as a major influence on Charles Darwin’s work. On his return to London in May 1838, Herschel was feted at a dinner hosted by the duke of Sussex and attended by 400 scientists. A few days later, to coincide with the Coronation of Queen Victoria, Herschel was raised to the baronetcy.

Made months later, these recently discovered beakers, presumably mounted with specimans of buffalo horn acquired by Herschel in South Africa, are engraved with his newly created and distinctive crest (created 1838) of A Demi-Terrestrial Sphere Ppr., Thereon An Eagle ,With Wings Elevated Or. 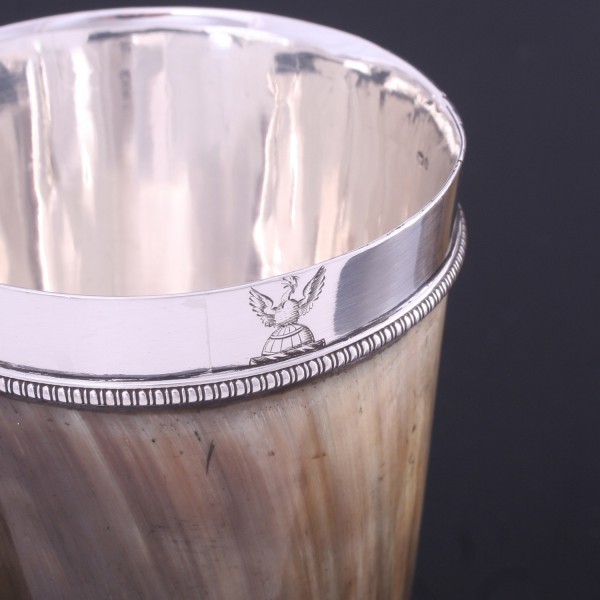 Acquired by the John Herschel House Museum Trust, Bath, with the assistance of the V&A Purchase Fund