Founder of the Ionian Academy 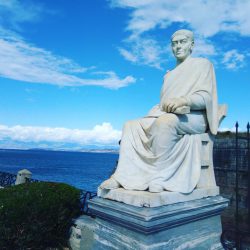 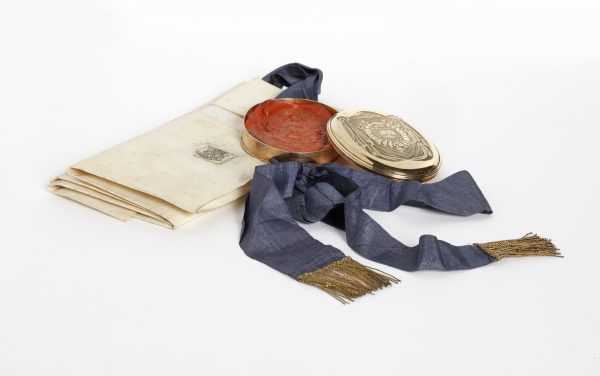 The Honorary Degree awarded in 1819 to Frederick North, fifth Earl of Guilford by Oxford University for his founding of the Ionian Academy, the first Greek academic institution of modern times and forerunner of the University of Athens.

Comprising: manuscript on vellum with tasselled ribbon supporting the wax seal of Oxford University within a George III silver-gilt oval box by William Bateman, London, 1818, the cover finely engraved with the coat of arms of Oxford University, a doctoral cap above, within drapery mantling, marked on body and cover, very fine, in exceptional original condition, 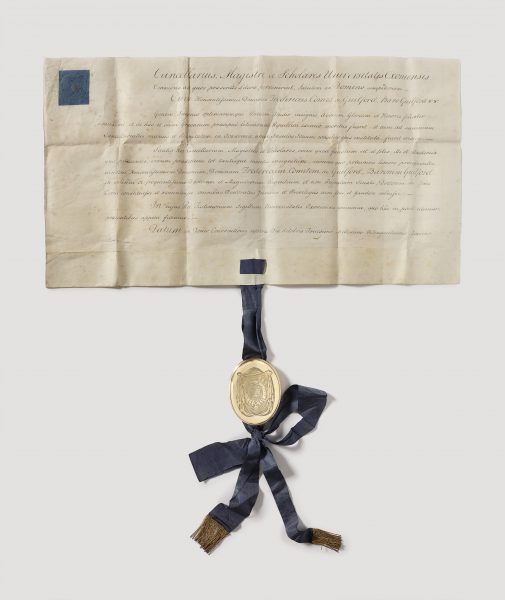 After falling in love with Greece as a young man, Frederick north, fifth Earl of Guilford (1766-1827) devoted his life to the Greek cause. In 1791, aged twenty-five, he established a school at Preveza and secretly converted to the Orthodox faith. After a spell as Governor of Ceylon, he returned to Greece, met Byron and was appointed President of Philomousos Etareia to promote education and interest in antiquity. Appalled by Lord Elgin’s desecration on the Acropolis, Guilford arranged for cast copies to replace the lost frieze on the Parthenon, and restored the Caryatid taken from the Erechtheion with a stone copy. Guilford and Byron have been described as the two most influential Hellenophiles ahead of the Greek War of Independence. 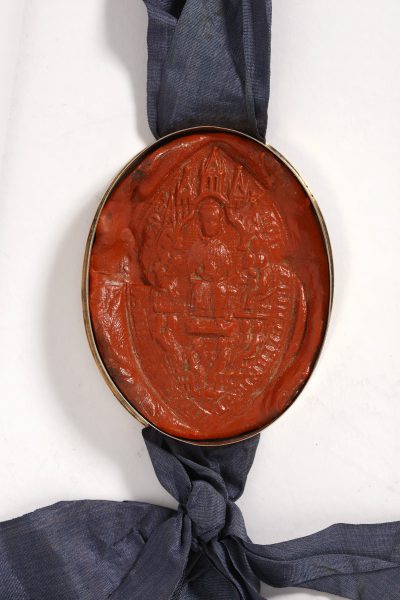 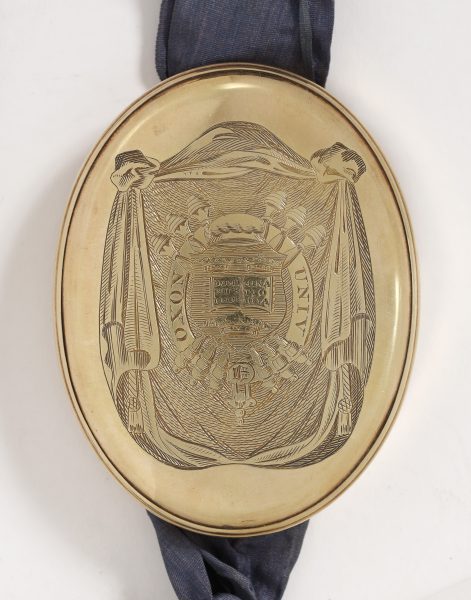 Encouraged by Ioannis Kapodistrias and assisted by his private secretary Spyridon Trikoupis, Guilford used his private fortune to establish the Ionios Akadimia which eventually opened in 1824 on Corfu, his preferred siting at Ithaca having been ruled out as it was too close to the fighting on the mainland between Greeks and Turks during the war for independence. Academic dress based on ancient Greek models was worn by the professors at the Academy, with the dress of each faculty being in a different colour. Guilford himself was an enthusiastic wearer of antique dress.

A manic bibliophile, Guilford built an unrivalled library of early books and manuscripts in Greek. These were housed at the Academy for use by the students but were dispersed by auction following the earl’s death. The Ionios Akadimia declined after the earl’s death and the founding of the University of Athens in 1837. It finally closed after the secession of the islands to the Kingdom of Greece in 1864. A statue of Lord Guilford in antique dress is located near the site of the academy in the Old Town of Corfu. 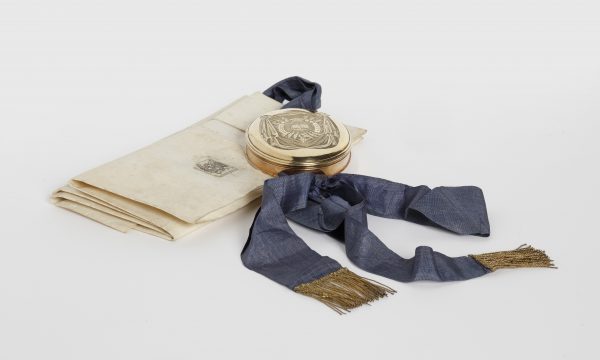 After the Prince Regent appointed him Knight Grand Cross of the Most Distinguished Order of St Michael and Saint George (then based on Corfu) and founding Chancellor of the Ionios Akadimia, Oxford University conferred upon Lord Guilford this Honorary Degree in Civil Law at a ceremony on 28 October 1819. 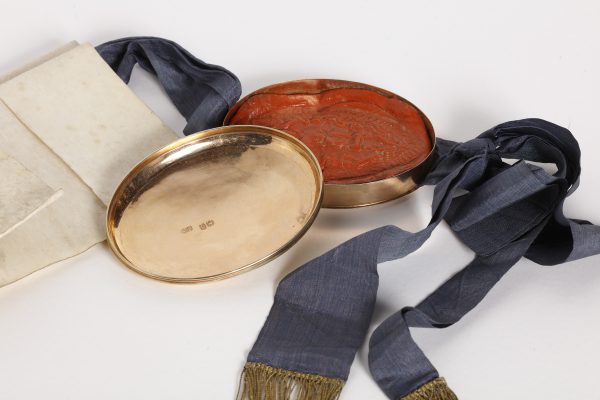 Inscribed in Latin, the citation extols the earl’s dedication to Greek literature and art (Omni Graecarum praecipue literarum republica) and praises his efforts to establish a university in the Ionian islands (in academia apud Insulas Ionum consilius). Oxford was the earl’s alma mater, as he had studied there as an undergraduate at Christ Church College and his father, the former Prime Minister Lord North, was Chancellor of the University from 1772 to 1792. The University also offered to donate to the new academy in Greece all such books of interest printed at the Clarendon Press.

Oxford University silver seal boxes are rare. A similar example, lacking seal and manuscript, by William Bateman, London 1823 is in the collection of the Ashmolean Museum, Oxford (Accession no.AN1941.812).

William Bateman also made the gold seal box awarded to Admiral Lord Nelson by the City of Oxford in 1800 (Sotheby’s, 5 October 2005)

Purchased by the Corfu Heritage Foundation for the Ionian Academy Building in Corfu Town, Corfu.