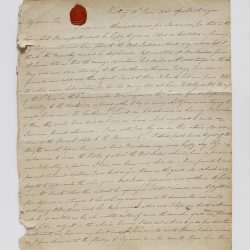 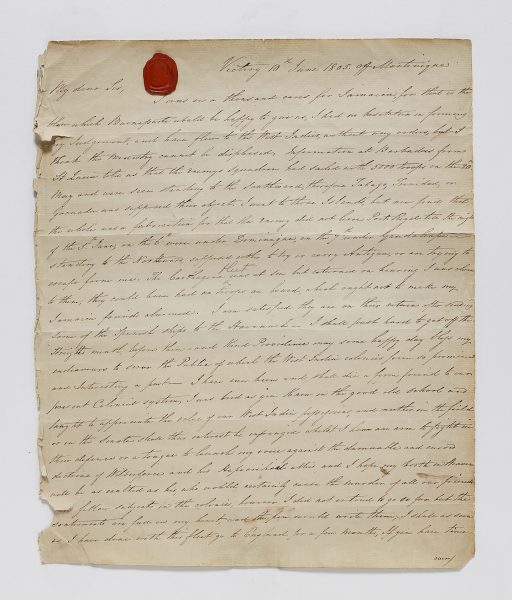 This document is a doctored version with fake signature and seal of a private letter Admiral Lord Nelson wrote to West Indian plantation owner Simon Taylor in June 1805. After Nelson’s death at the battle of Trafalgar, his original letter was manipulated and published by anti-abolitionists ahead of the vote for the abolition of the slave trade in April 1807.  They made twenty-five changes to the original letter in a cynical attempt to exploit Nelson’s posthumous fame, and recruit him to their cause. The forged letter damaged Nelson’s reputation and led writer Afua Hirsch to label Admiral Nelson a “white supremacist” in an article for The Guardian. I found the copy in a private collection of historical papers in 2017 and it has since been donated to the National Museum of the Royal Navy at Portsmouth. For the full story read my feature in the Daily Mail or watch my interview discussing the letter with Matthew Sheldon, Executive Director of the National Museum of the Royal Navy released during Black History Month.  A longer study of the letters is available at The Nelson Society.

Donated to the National Museum of the Royal Navy at Portsmouth. 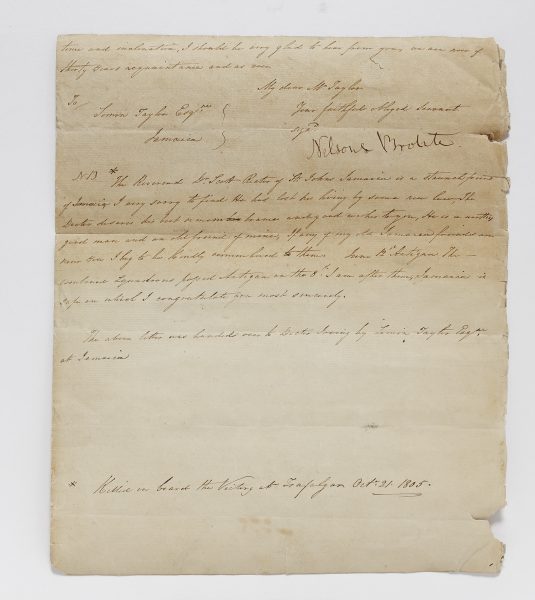