After Nelson was killed at Trafalgar, his family arranged for a series of gold and enamel mourning rings to be distributed in his memory. The rings were decorated with Nelson’s initials, heraldic achievements and motto PALMAN QUI MERUIT FERAT and variously inscribed Lost to his Country 21 Oct 1805 Aged 47. An original manuscript listing 54 recipients of the rings, including friends, family members and fellow officers, survives at the British Library. Over the years, I have handled the sale of no less than six of these sought-after rings, most recently a lovely example from the collection of Nelson’s sister Susannah Bolton. 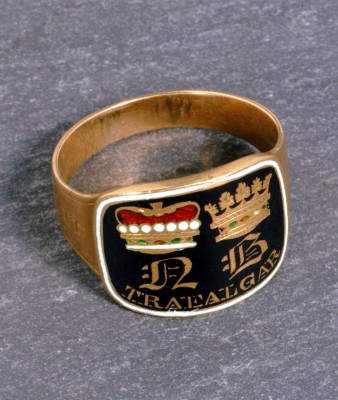