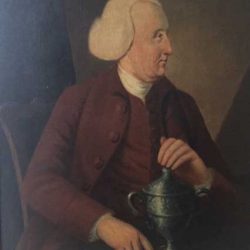 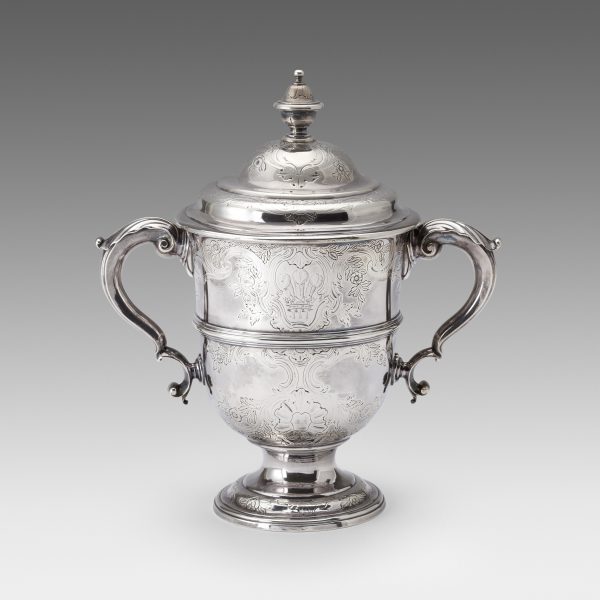 This two handled silver cup was made by London silversmith Paul Crespin in 1743. It was presented to Prince Charles Edward Stuart by a Jacobite sympathiser and engraved with his cypher as the Jacobite Prince of Wales. Following the Battle of Culloden and the collapse of the 1745 Jacobite rebellion, the cup was given to Charles Selby, a Catholic landowner in Northumberland, for risking his life smuggling gold on behalf of the prince in exile. 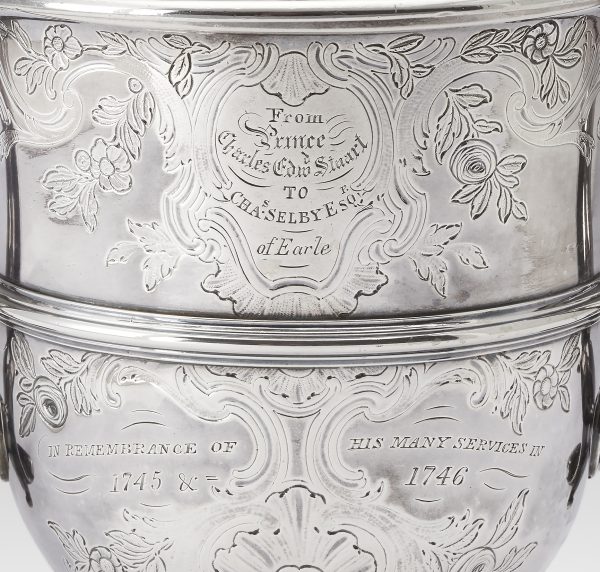 The gold had been sent by French King Louis XV to support the rebellion but arriving too late, had been buried and hidden near Loch Arkaig on the west coast of Scotland. Assisted by the Jacobite secret service, Selby recovered the gold from hiding and rode it to London where it was converted to a bank note and sent to the defeated prince in France. Selby treasured the prince’s cup, and had himself painted holding it, but it has only recently been discovered and its full remarkable story told.

Read the full extraordinary story of how I identified the cup after months of research in the Royal Archives and National Archives. The Englishman who saved the Jacobites’ Gold

The cup was featured in The Sunday Telegraph on 2 August 2020.

See me in interview discussing the history of the cup