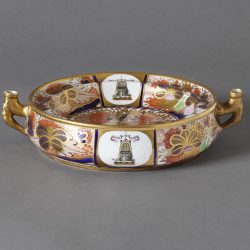 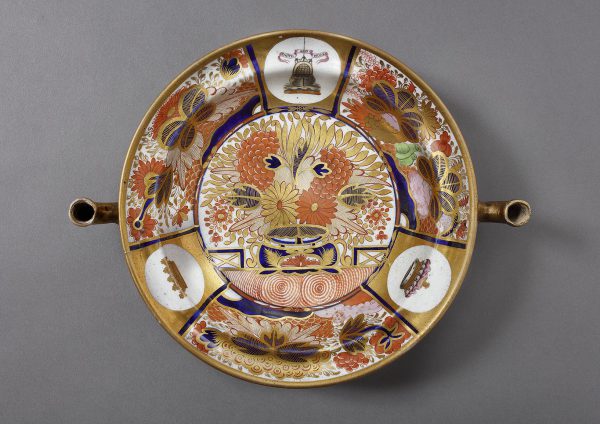 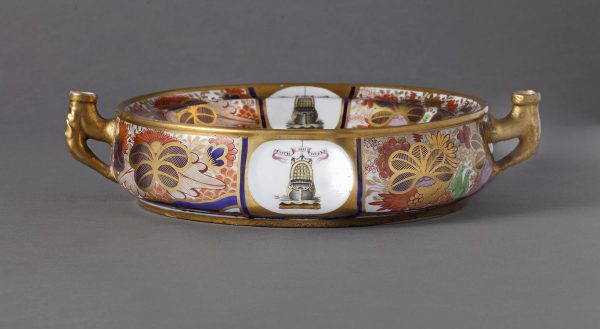 This rare type of water plate was ordered in person by Admiral Lord Nelson in company with Emma, Lady Hamilton at Chamberlain’s Worcester factory on 27 August 1802. Nelson was a great admirer of fine porcelain, having visited factories in Naples and Dresden, and took a keen interest in Chamberlain’s products. His order comprised a breakfast service of 150 pieces for a total cost of £120.10s.0d with an option, never fulfilled, of extending to a dinner service. The style he chose was pattern number 240, the voguish and expensive ‘Fine Old Japan’, with the addition of his heraldic devices to be painted on each piece (for around two shillings and sixpence per image). The service comprised teapots, cups, bowls, plates, honey hives and butter tubs but the most expensive items were a pair of water plates and covers. Unusual and technically difficult to make, they cost £4.4s.0d each, plus the cost of painting Nelson’s armorial devices. 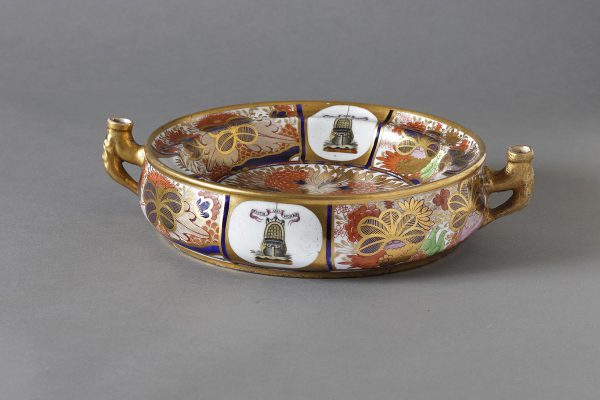 The finished breakfast service was delivered to Merton Place, the house in Surrey which Nelson shared with his mistress Emma, Lady Hamilton. They named it the ‘Horatia Set’ after their infant daughter. Designed for up to 12 people, it was used and admired at Merton by family and friends with some items possibly going to sea with the admiral. 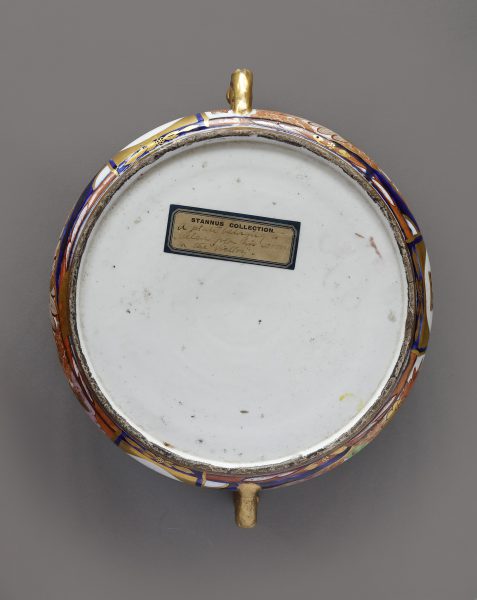 Following Nelson’s death at the Battle of Trafalgar, the service (which remained unpaid for) was listed in an inventory for Emma, Lady Hamilton by which time it had been reduced by losses to 104 pieces. Inherited by Nelson’s brother William, first Earl Nelson, the Horatia Set was eventually dispersed and scattered by family gift and sale. Examples from the service survive in several collections including the National Maritime Museum, Greenwich which holds the other water plate (NMM AAA4541.1). Other pieces have been sold by auction in recent years including a plate (£31,250, Bonhams London, October 2017), a butter tub (£11,312 Bonhams London, June 2019), a teapot (£32,700, Sotheby’s London, June 2001) and an egg cup (£7440, Sotheby’s London, October 2005).

Sold in 2020 to a UK Private Collector