The Matcham Collection of Nelson Relics

In 2005, I consulted on the sale at Sotheby’s,London of the Matcham Collection, a landmark auction of Nelson’s belongings from the family of his sister Catherine “Kitty” Matcham. The wide ranging group of treasures extended from glassware, porcelain and furniture to medals, letters and books. Together they offered vivid insight into Nelson’s domestic world. Particularly eye-catching was a combined knife and fork implement (£52,800) used by the one-armed admiral to feed himself and the cot (£34,800) in which his child by mistress Emma Lady Hamilton slept at the house they shared in Merton. Quantities of domestic linen, embroidered with Nelson’s personal cypher were sold alongside presentation silverware and a diamond set cane (£220,800) gifted to the admiral by the Island of Zante following his victory at the battle of the Nile. Several of the most important items in the collection – such as the day bed used by Nelson in his cabin in HMS Victory and a poignant one-armed woollen undershirt – were secured directly by the government in lieu of inheritance tax and are now in the national collection. The quantity and quality of the material dispersed, all directly from Nelson’s own family, will never be repeated and it was an enormous privilege and thrill to work on such an astonishing trove of treasures. 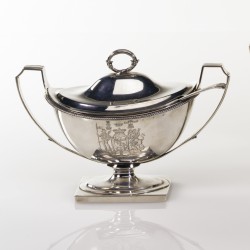 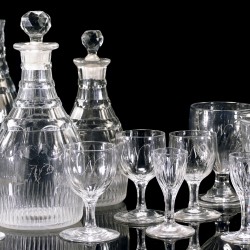 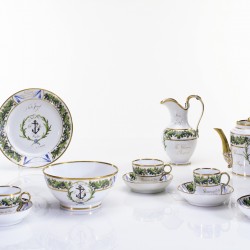 The Matcham Service of porcelain 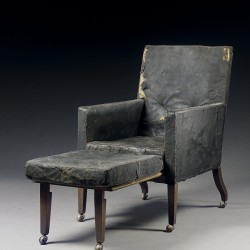