Nelson: a re-discovered hand-drawn plan of the Battle of Trafalgar 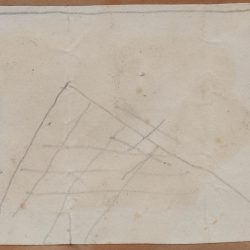 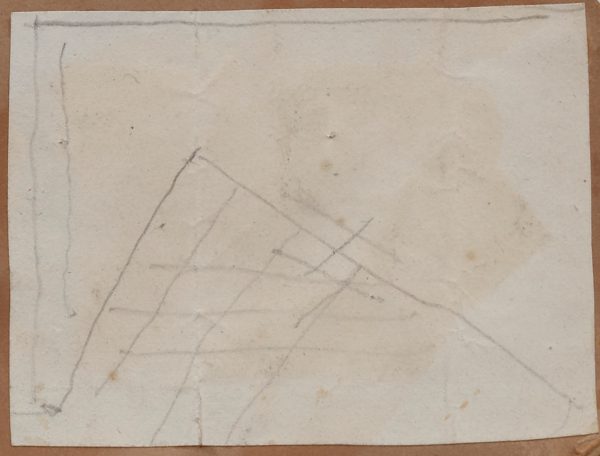 I found this pencil sketch battle plan by Admiral Viscount Nelson pasted in a 19th century scrapbook. It is dated 5 September 1805, three days after Nelson was told that the combined enemy fleet had entered Cadiz which it would have to leave soon and face an engagement. The sketch, probably hastily drawn to illustrate a conversation, is hard to interpret but appears to depict the enemy line running with the wind close to the shoreline. The line is under attack by three divisions sailing faster than the enemy on a broad reach. The enemy line is shown cut and engaged on both sides. The sketch illustrates comments Nelson made to Captain Richard Keats at Merton after hearing news of the impending battle:

……I shall form the Fleet into three Divisions in three Lines. One Division shall be composed of twelve or fourteen of the fastest two-decked Ships, which I shall keep always to windward, or in a situation of advantage and I shall put them under an Officer who I am sure will employ them in the manner I wish if possible. I consider it will always be in my power to throw them into Battle in any part I may choose……With the remaining part of the Fleet formed in two Lines I shall go at them at once, if I can about one Third of their line from their leading ship.

The address leaf
The sketch conforms in date with another battle plan by Nelson discovered in 2002.2 That plan was identified on the reverse of a list of promotions used by Nelson as an aide-memoire. This newly rediscovered plan appears to have been removed from the part address leaf displayed beside it in the album. Both scraps of paper share similar folds suggesting they had been together prior to mounting. The address leaf was intended for Dr. Fisher Xt College Cambridge identified as Dr. John Fisher (circa 1750-1814), Fellow of Christ’s College, Cambridge and Commissary of the University. Fisher had been a college contemporary of Nelson’s brother Reverend William Nelson (1757-1835) and remained his correspondent. William Nelson was staying with his brother at Merton on 5 September 1805 and so it is likely this address leaf (and others) was written for him so that he might enjoy the free post entitled to a peer. However, it appears the leaf was never sent but used instead, probably that same day, for the scribbled plan. It was then folded, retained and mounted in the album circa 1830. Another near-identical address leaf similarly dated and addressed to Dr Fisher survives suggesting Nelson immediately made his brother a copy for the intended letter. 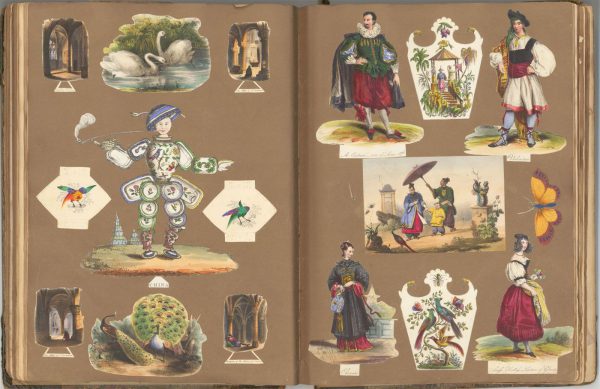 The possible recipient
Nelson’s last days at Merton are well documented. However, beyond a noisy houseful of Nelson relatives, the only recorded visitor to the house on 5 September was Captain William Layman RN (c1766-1826), an unlucky but favourite Nelson protégé who had served with the admiral in the Baltic but had since wrecked two ships. Layman left Merton with a letter of recommendation for the admiralty in which Nelson described him as an officer of ‘rare abilities’.4 With an impending battle on his mind Layman, like Captain Keats, was exactly the sort of young officer to whom Nelson would have confided his thoughts on strategy.

The album
Captain Layman committed suicide in Cheltenham in May 1826 leaving no children. The album betrays little evidence of its original owner. Quarto size and bound in marbled boards, it consists of some 44 pages, each page closely illustrated with cut-outs, prints and ephemera of various subjects including portraits, topography and fashion. The printed material appears to range from circa 1800 to 1830, suggesting the album was completed soon after that date. The inside board has the later ownership inscription ‘E. Anson Duncan’, probably for Ernest Anson Duncan (1882-1960), an official at the Bank of England. With an illustrious naval name, Duncan’s great grandfather was General Sir George Anson (1769-1849), nephew of Admiral Lord Anson (1697-1762). The album page mounted with Nelson’s battle sketch is marked with a slip, in the same hand, identifying the ‘Address written by Lord Nelson/also pencil scrawl or plan’. A facsimile of a Nelson letter taken from The Times newspaper of 20 October 1939 has also been loosely inserted in the page. 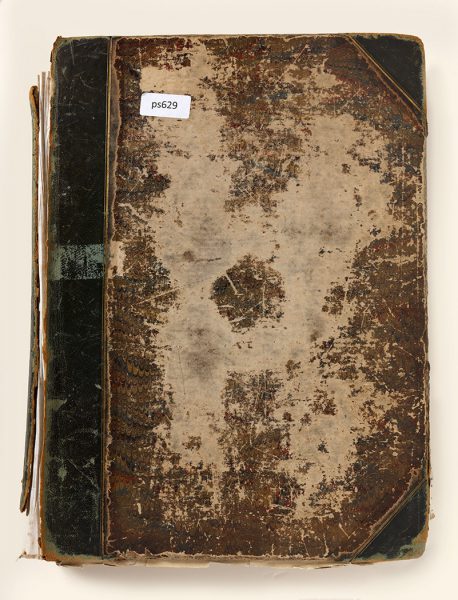