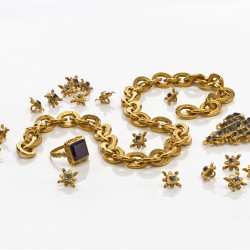 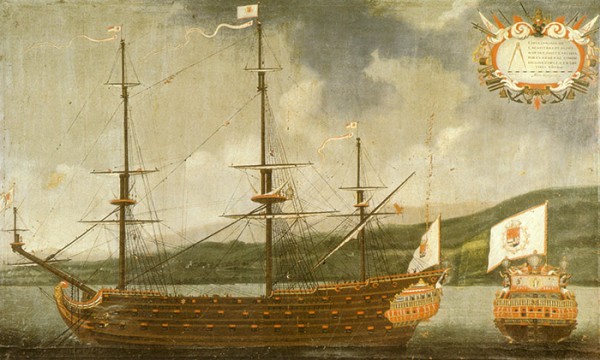 In association with Corfield Morris Fine Art Advisers and Deborah Elvira, I am representing an extraordinary and exceptional group of gold and gem set jewels recovered in the Caribbean from two Spanish galleons which were lost at sea in the 16th and 17th century. The jewels were found by Tracy Bowden and his team of specialist divers and they offer a rare glimpse into the Golden Age of the Spanish empire when treasure ships plied between the coast of South America and Europe. Despite being underwater for several centuries, the jewels are in a remarkable untouched condition and as new as the day they were crafted for their now forgotten owners.  All the jewels are available for purchase offering a unique opportunity to own a beautiful piece of history. Please contact me for further information. 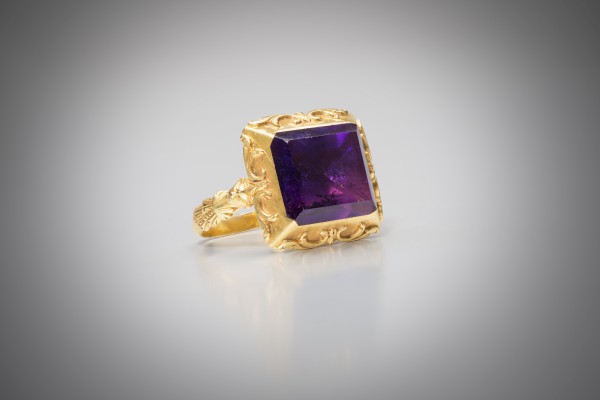 In the early morning of August 25th 1724, hit by an hurricane, the Guadalupe and the Tolosa sank on the northern coast of La Española. Both ships were loaded with 400 tons of mercury, used to refine the silver from the mines of Potosí. They were known as the “Quicksilver fleet” and their loss was a catastrophe for the Spanish crown: 600 lives were lost and a severe crisis in the silver production led to serious consequences in both continents. However, after an extraordinary ordeal, through rivers, cliffs and mangroves, about 40 survivers from the Tolosa and more that 500 from the Guadalupe were rescued in a huge operation that lasted till September 27th, nearly a month after the shipwreck.

The Tolosa was found in 1979.  In 1994, after the identity of the ship was established following research in the Archivo de Indias, a multidiscipline team launched the excavations on the site of the Guadalupe, setting the standard for modern day underwater archeology. 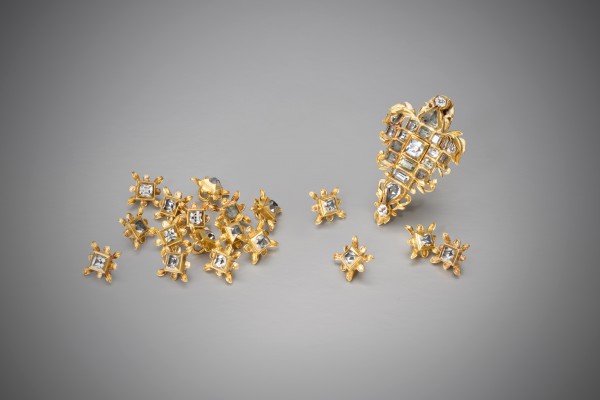 A set of 18 buttons and jewel

Gold and crystal, some remains of enamel

On September 20th 1641 the Spanish galleon Nuestra Señora de la Pura y Limpia Concepción set sail from Havana, heavily armed as the Almiranta of the twenty-one-ship  fleet of Nueva España, and loaded with one of the richest cargoes ever to embark from the New World. Eight days later, the fleet met a hurricane, was scattered and many ships lost. The Concepción survived the storm, only to run aground on the Abrojos reef, approximately 70 nautical miles north of present day Dominican Republic.

Repeated voyages to locate the wreck site were launched by the Spanish Crown in the following decades but it was found only in 1687 – with its treasures – by William Phips, a young sea captain from New England, with financial support from English King James II.

In 1978 Burt Weber became the modern-day discoverer of the Concepción, after thorough research in the Archivo de Indias of Seville. It was a spectacular engineering feat, as the ship sank in a very dangerous reef maze. In 1993, Tracy Bowden and his companions received the rights to the Concepción site from the government of the Dominican Republic. In an amazing archeological adventure and with the support of National Geographic, the wreck was found in what is now known as the Silver Bank, in the Dominican Republic territorial waters. This set of jewels was found  in an almost obliterated wooden chest, together with 3000 silver coins, a Ming jar and ambergris. The suite was probably the personal possession of a lady passenger. 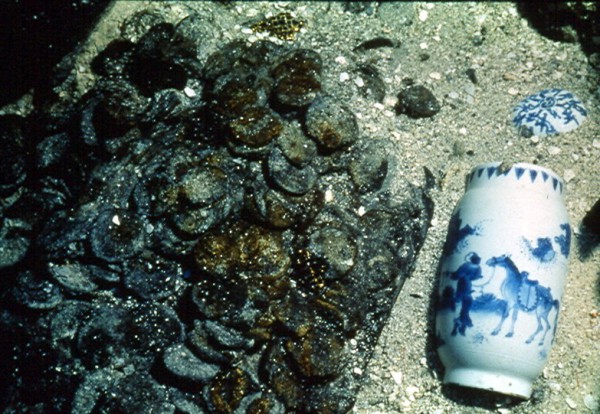 Remains of the treasure chest in Concepcion. Note the gold jewel top centre. 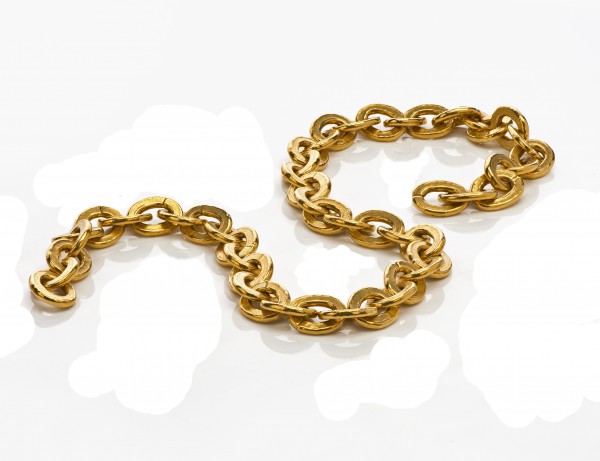 This astonishing chain of pure gold was used as an easy way to carry the owner’s wealth from one side of the Atlantic to the other. On arrival to the final destination, the gold links were exchanged for coins according to the necessities. 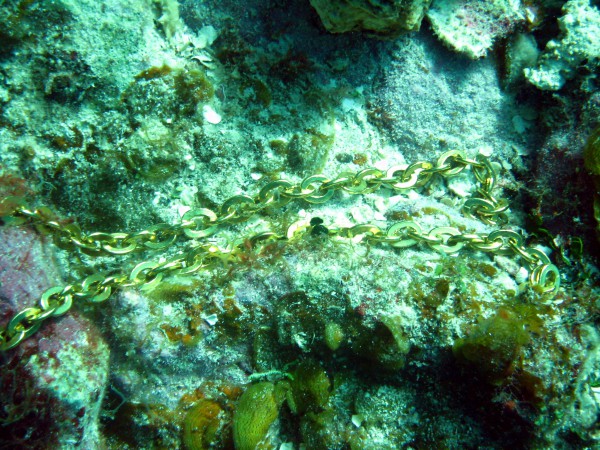 As found: the gold money chain on the sea bed