Silver cup for Surgeon at Waterloo

A fine and large antique silver cup and cover, body with gadrooning and fruit and floral decoration, standing on reeded foot, engraved, obverse, with family coat of arms and motto of HUNTER and, reverse, with regimental badge and motto of THE COLDSTREAM GUARDS above legend WATERLOO 18TH JUNE 1815 within a laurel wreath

This cup belonged to William Hunter, assistant surgeon to the Coldstream Guards at the battle of Waterloo. 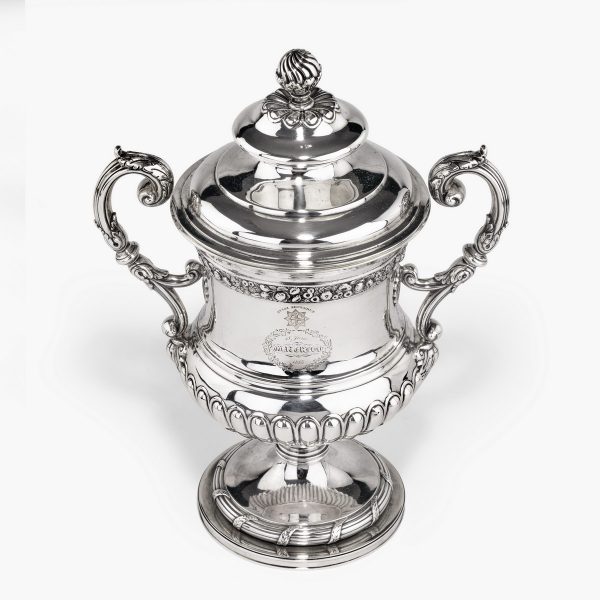 William Hunter was born in Glasgow in 1794 where his father was a merchant. Related to the famous surgeon John Hunter FRS (1728-1793) and physician William Hunter FRS (1718-1783), William studied medicine at Glasgow University where he qualified in 1813. The following year he joined the Coldstream Guards as Assistant Surgeon to William Whymper serving with his regiment in the Peninsula.

On June 16th, 1815, the Coldstream Guards saw action at Quatre Bras and two days later under the command of Lieutenant Colonel James Macdonnell defended the chateau of Hougoumont on Wellington’s right flank during the battle of Waterloo. Early that morning Wellington had ridden over to Hougoumont to tell Macdonnell that he might expect to be attacked and to “defend the post to the last extremity”.

Hunter probably attended to the wounded at Hougoumont throughout the day as the Coldstreams resisted repeated assaults by the French 6th Division, led by Prince Jerome Wellington would later declare that “The success of the battle…turned upon the closing of the gates of Hougoumont”. Amid horrific scenes Hunter, alongside surgeons from the 3rd Foot Guards, performed amputations and surgery on hundreds of casualties whilst the fighting raged around them. 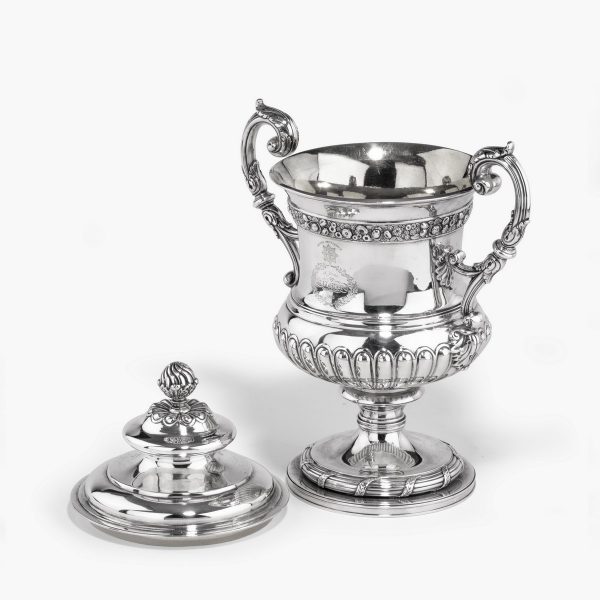 The Coldstream Guards remained in France with the army of occupation after the battle. They returned to Scotland in November 1818 when it is possible Hunter ordered this silver trophy cup as a memento of his experience at Waterloo. His prize money of around £35 may have paid for it. Another Scottish assistant surgeon, 21-year-old Stewart Chisholm serving with the Ordnance Medical Department at Waterloo did similar when he ordered a canteen of silver cutlery (collection of National War Museum, Edinburgh).

A founding fellow of the Royal College of Physicians, in 1836, Hunter was promoted Surgeon Major of the Coldstreams and, two years later, Surgeon Extraordinary to the Duke of Cambridge. On 18th June 18th 1844, the anniversary of Waterloo, Hunter married Helen Wilkie, the sister of Sir David Wilkie, the famous artist. He died in 1871. 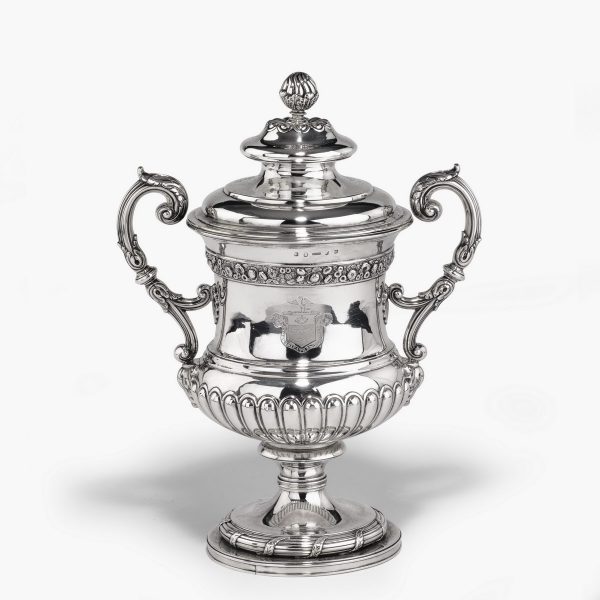